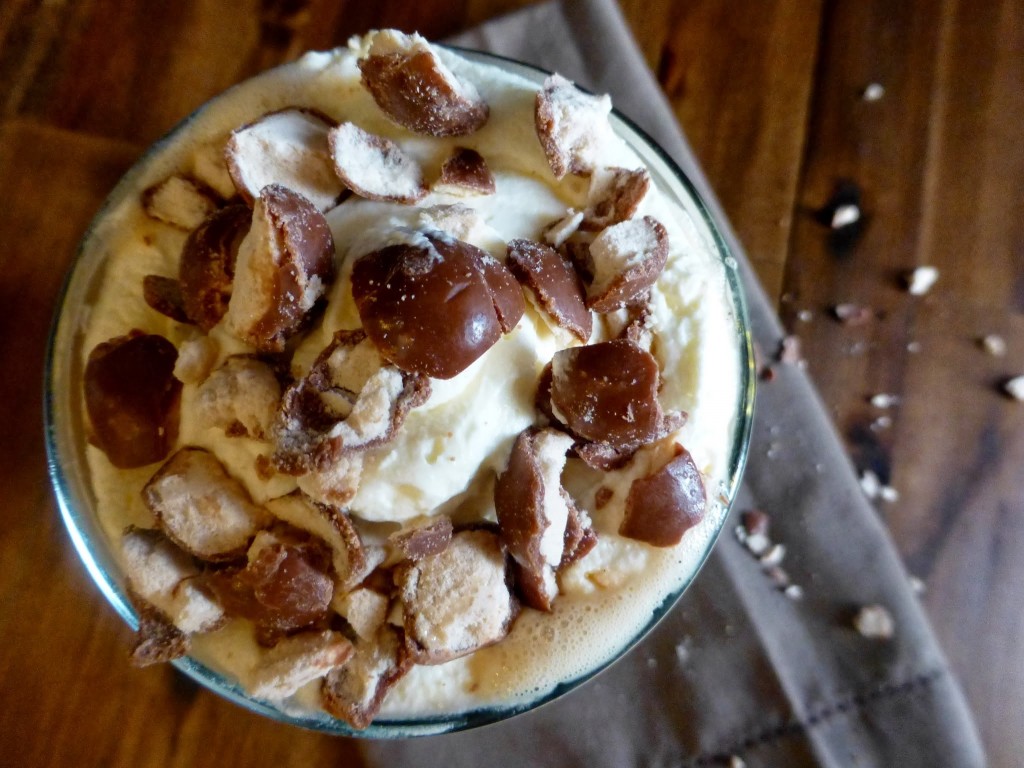 One way to tell it’s fall in Arizona is when Four Peaks comes out with its pumpkin porter.

We were the only ones dressed up in the whole place, and we were seated right in the middle of the bar. For some reason, we thought it’d be better if we took off some of our accessories. Except now instead of being obviously dressed as Peter Pan, Lara Croft, etc., we were just guy-wearing-green-zig-zag-cut-shirt, slightly-intimidatingly-dressed-girl, and somewhat-randomly-dressed-guy. After one drink, we left and went to a bar where people were actually dressed up. 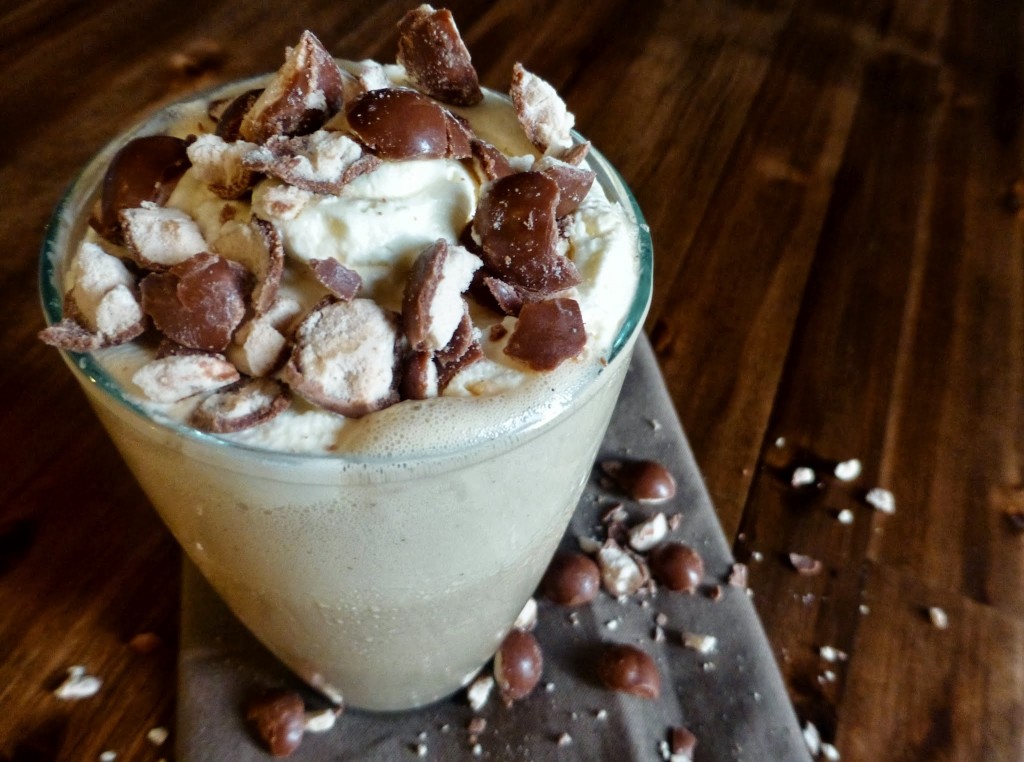 You don’t have to add espresso, but I think it brings out the pumpkin spices like how espresso brings out the flavors in chocolate. Malt adds a different characteristic to the drink. I had some extra malt powder leftover from brewing some beer. You can get malt at a brew shop. If you can’t find any, or don’t want to buy a bunch, you can pulverize some malted milk balls, and add that into the blender. The malt inside them has a similar effect. Also, if you want to make it non-alcoholic, you can substitute milk and pumpkin ice cream.

1. In a blender, blend the ice cream with the pumpkin ale, ice cream, espresso, and malt powder.
2. In a bowl, whip the cream with some powdered sugar.
3. Pour into two glasses and top with the whipped cream and crushed malted milk balls.