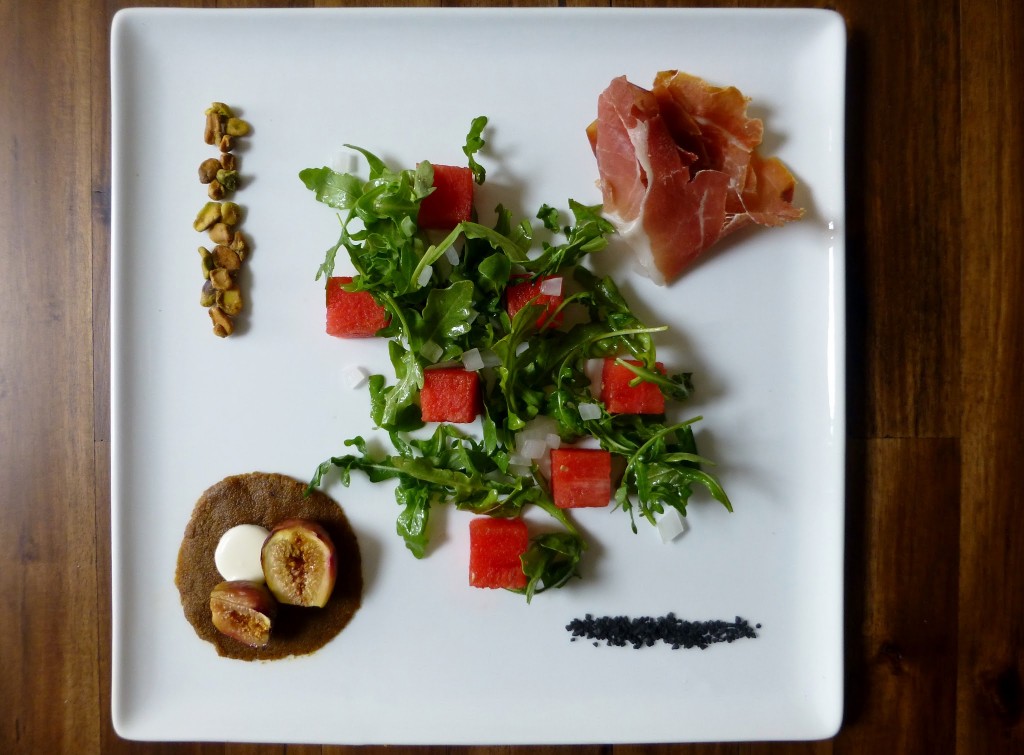 It’s sort of a deconstructed salad. Or maybe a partially reconstructed one. Every time I hear the word “deconstructed” my mind goes back to CDN 60, the lecture hall at ASU, and I can see my History of Architecture professor standing in front of a slide of a Frank Gehry building, explaining that deconstructivism in architecture is really a misinterpretation of deconstruction theory in philosophy/literary analysis. He doesn’t think architects fully understand it or at least they’ve over-simplified a single aspect of it because blah blah… I don’t remember the rest. Probably because I was half daydreaming about a watermelon salad or something, which turned out to be a more productive thought in the long run if you think about it… Nonetheless, whenever I use the word “deconstructed,” I’m paranoid that I’m misusing it. So thanks, Professor Morton. 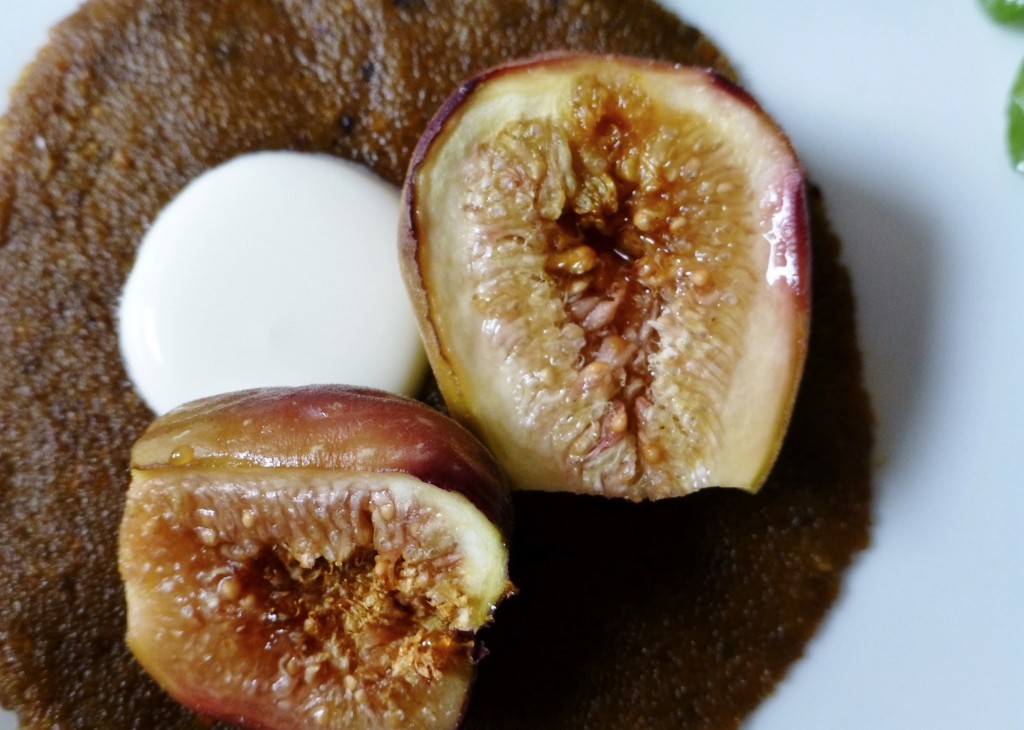 I can’t imagine chefs are any better at interpreting it. From what I gather, deconstructed has come to mean “separated into parts” or in the case of the salad “unmixed,” which is barely “calling into question traditional assumptions about identity or reality.” So touché, Professor Morton. Regardless, it’s a good technique for highlighting some interesting ingredients, like black Hawaiian sea salt.

Deconstructed salads are pretty fancy pants. It’s not like on a typical Tuesday night, you’re breaking out the nice china and separating your cubed melon and prosciutto into different quadrants. As fancy as they seem, though, they quickly lose their elegance if they get too big. I want to see someone attempt an enormous deconstructed salad for like 100 people on this huge platter with a mound of lettuce, a pile of pistachios, and a puddle of dressing… classy. 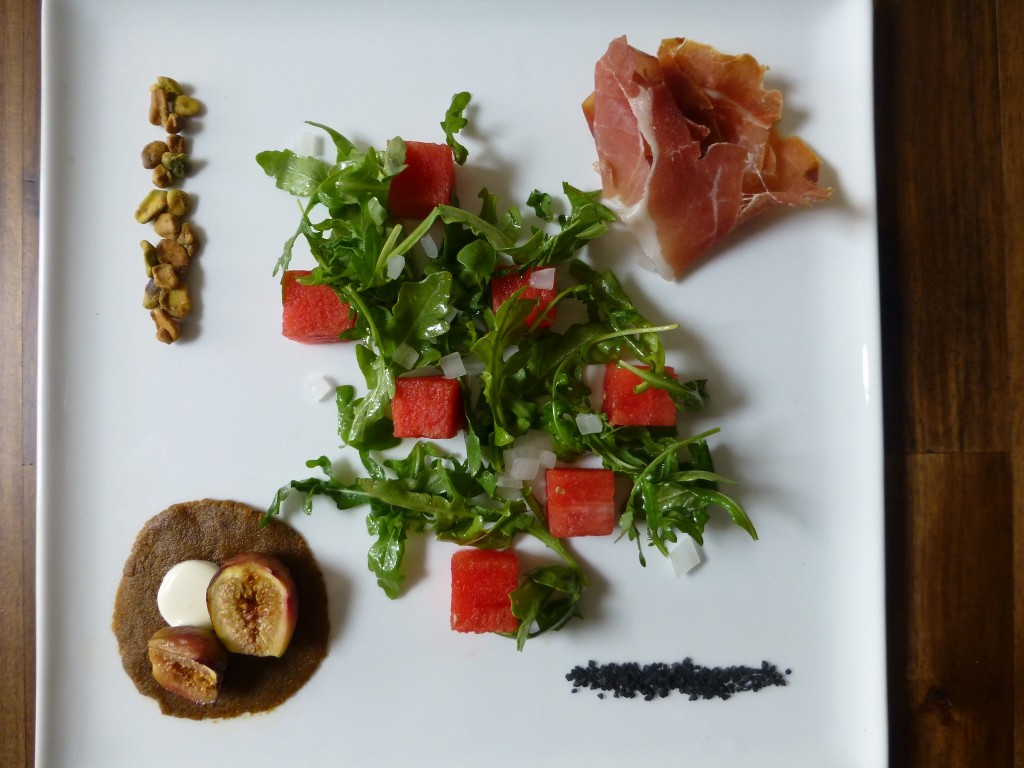 There are a couple recipes within this recipe, like one for pistachio butter, roasting an onion/figs…

1. To make the pistachio butter, roast some pistachios on a baking sheet at 350˚ for about 5-10 min. The amount of pistachios is up to you. How much do you want? Let the nuts cool, and then blend them in a food processor along with a pinch of salt until creamy. Add a little peanut oil if your nuts aren’t getting creamy.
2. While your oven’s at 350˚, slice an onion in half and place it on a baking sheet. Roast for about 20-30 minutes. Let cool and then chop. Roasting an onion, softens both the flavor and the texture, and introduces some caramelization. Roast the figs while you’re doing the onion. Toss them with oil, honey, and salt first and place on a parchment-lined baking sheet for the same amount of time.
3. Now you’re ready to assemble, or disassemble… Toss the arugula with some olive oil, a squeeze of lemon, and the chopped onion. Line the plate with watermelon cubes, and top with the arugula mix. Make a line of black salt and pistachios. Place a slice of prosciutto. Spread some pistachio butter, and top with a couple figs and a dollop of crème fraîche.