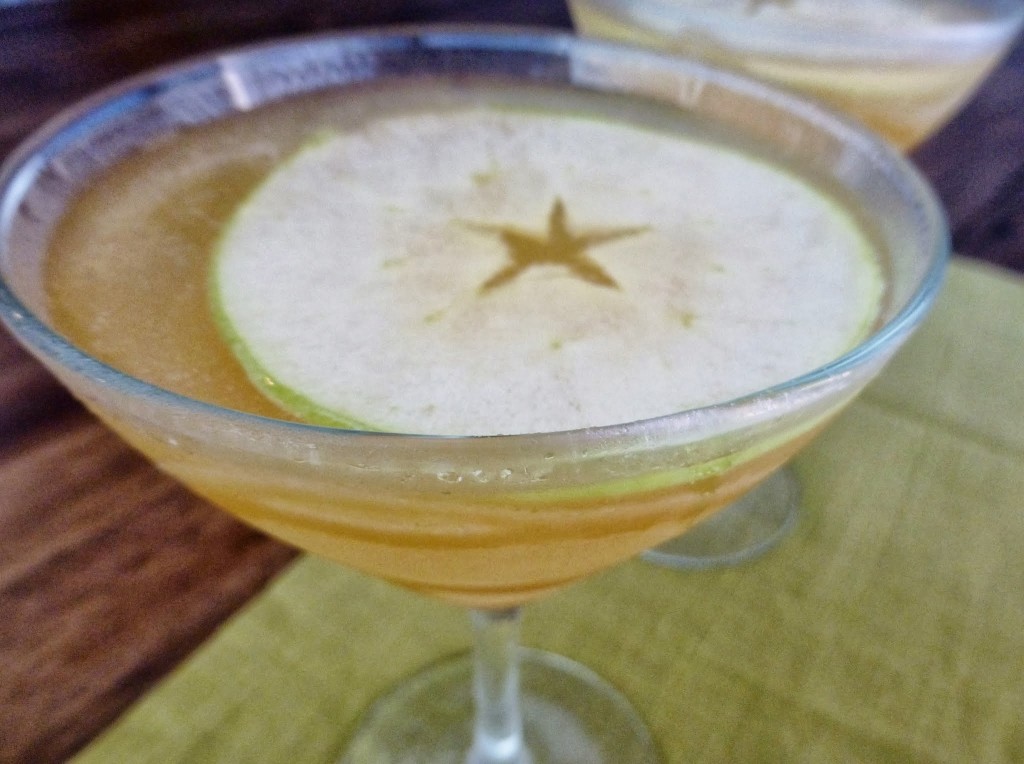 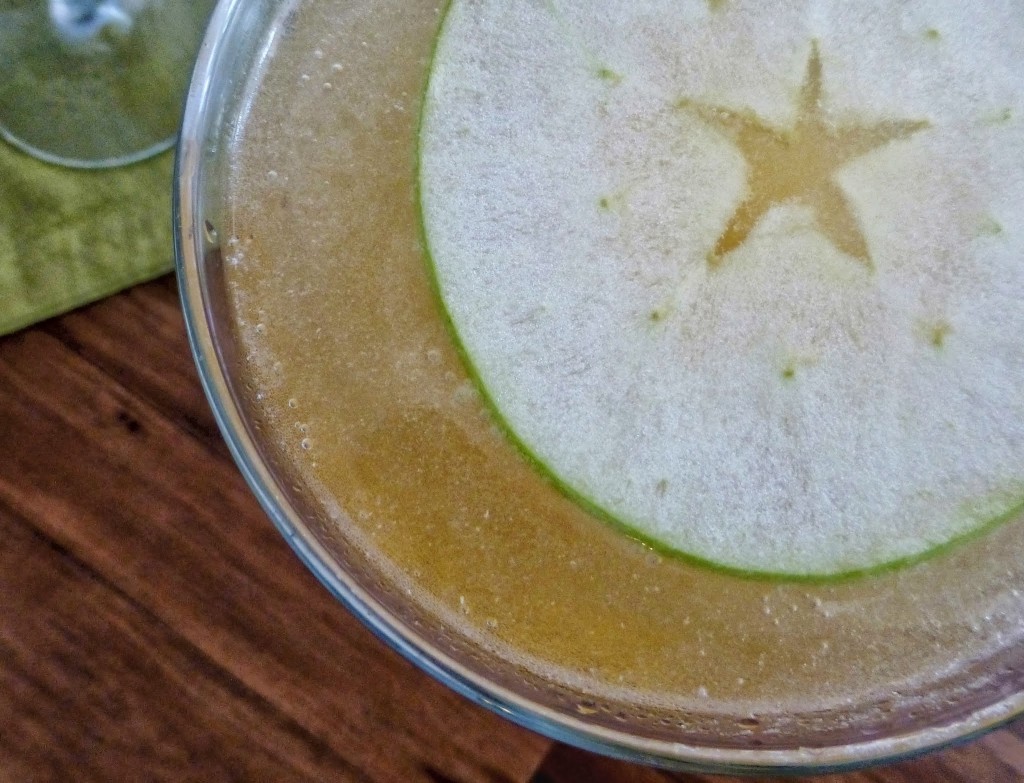 Calvados is an apple brandy popular in Normandy. My parents brought me back a little travel size bottle from their trip to France. Their trip was in 2011. So, I’ve had it a while. I didn’t want to just drink it, you know.

A couple days ago, I was thinking about recipes to post and I thought of caramel apples because it’s almost Halloween, and then I saw the little bottle in the cupboard, and that made me think of the little Indian in the cupboard. Remember him?

Anyways, I mixed it with cider, for a stronger apple taste and some effervescence. The lemon counteracts the sweetness of the caramel. And the ginger gives it a bite. Lemon and ginger are known for their detox properties, so you’re simultaneously polluting and detoxifying your liver…which should make this drink hangover neutral.

The caramel mostly dissolves into the drink as it sits. If you want it sweeter you can add some extra caramel when you’re mixing the calvados with the lemon and ginger. 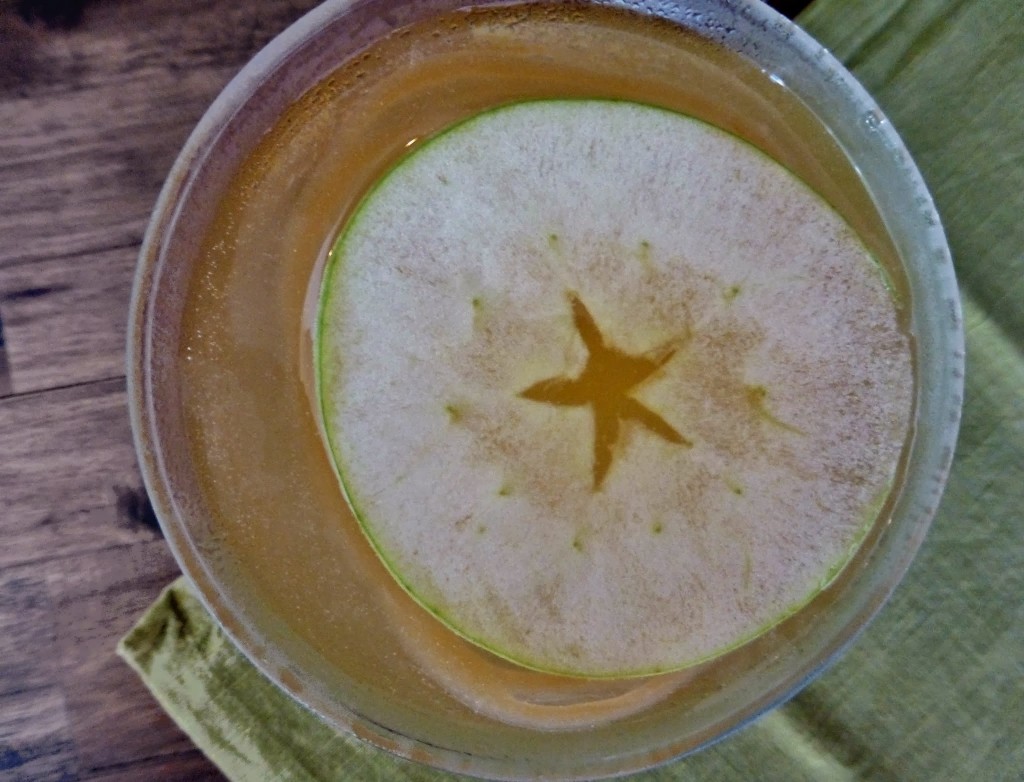 The caramel:
Making caramel, you have to be two different chefs simultaneously, you have to be an attentive one, keeping an eye on it so it doesn’t burn, but also a patient, laid back one, allowing the sugar enough time to caramelize.

There are different ways to make caramel just as there are different ways to pronounce it. You can use brown sugar instead of regular sugar, and add everything together (not a true caramel, but pretty much). You can also mix water and sugar together in the beginning and let that boil and then caramelize. It has a chance of crystallizing (tasting grainy) if you stir it too much this way, but probably a lesser chance of burning. If one method doesn’t work out, try another. I found I have more success this way…

1. Place 1 c sugar in a heavy bottomed pot. You want a deeper pot than you might think, because when you add cream to hot sugar, it will rise and bubble up.
2. Melt the sugar over low heat until it turns liquidy and a caramel brown color. Gently swirl it from time to time. Don’t let it turn black and burn. That smell won’t go away for a while. And you’ll have a hard time cleaning that pot.
3. Carefully (it’s about 350˚ at this point), add 1/2 c cream and 6 T butter (cubed).
4. Take off heat and stir in a pinch of salt.
5. When cool, transfer to a mason jar. It will keep for a couple weeks in the fridge. Just heat it up in the microwave about 30 seconds. 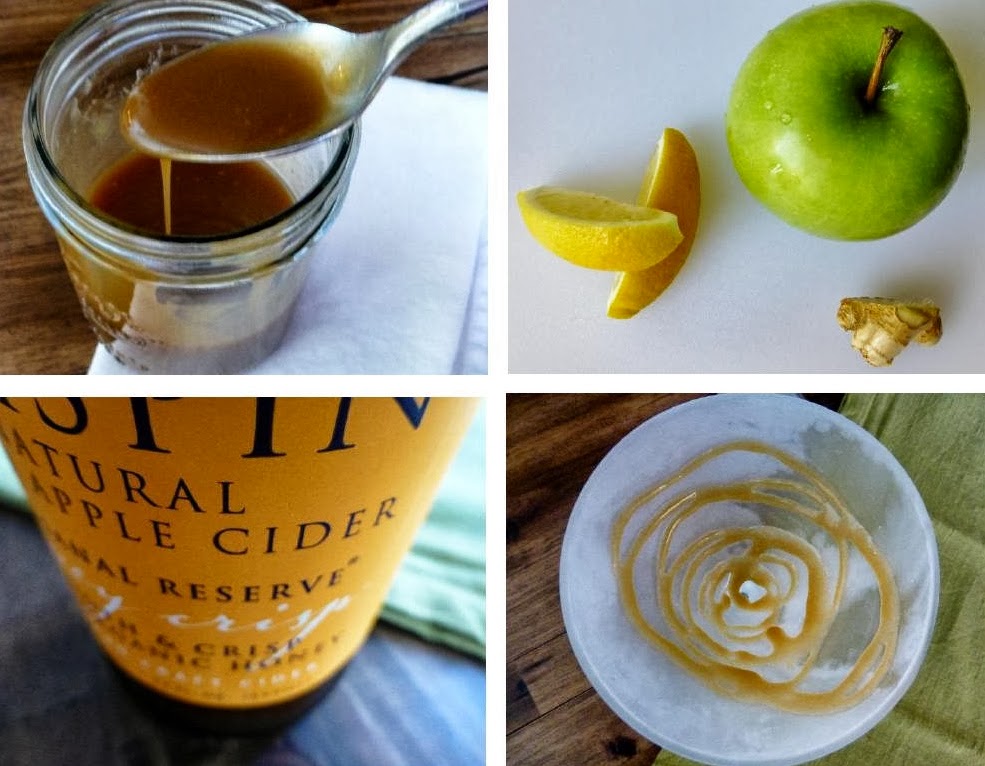 The cocktail:
1. Freeze a couple martini glasses.
2. Heat up the caramel and swirl inside the glasses. I put the caramel in a squeeze bottle. If you like cooking, and don’t have a squeeze bottle, I recommend getting one. That’s what you’ll find in a restaurant: a bunch of dressings, oils, and sauces in squeeze bottles. It makes it easier to put on a dish, and you’ll have more control, so you can do different patterns, etc.
3. In a shaker or separate glass, combine a squeeze of lemon with some fresh grated ginger, calvados, and ice. Stir or shake to combine and then strain into the glasses. If you stop right here, this is a pretty good sipping drink.
4. But I’d rather top off with cider.
5. Garnish with a thin slice of apple. It will soak up the drink like sangria fruit, and then when you finish drinking, you can dip it in any caramel left in the glass.