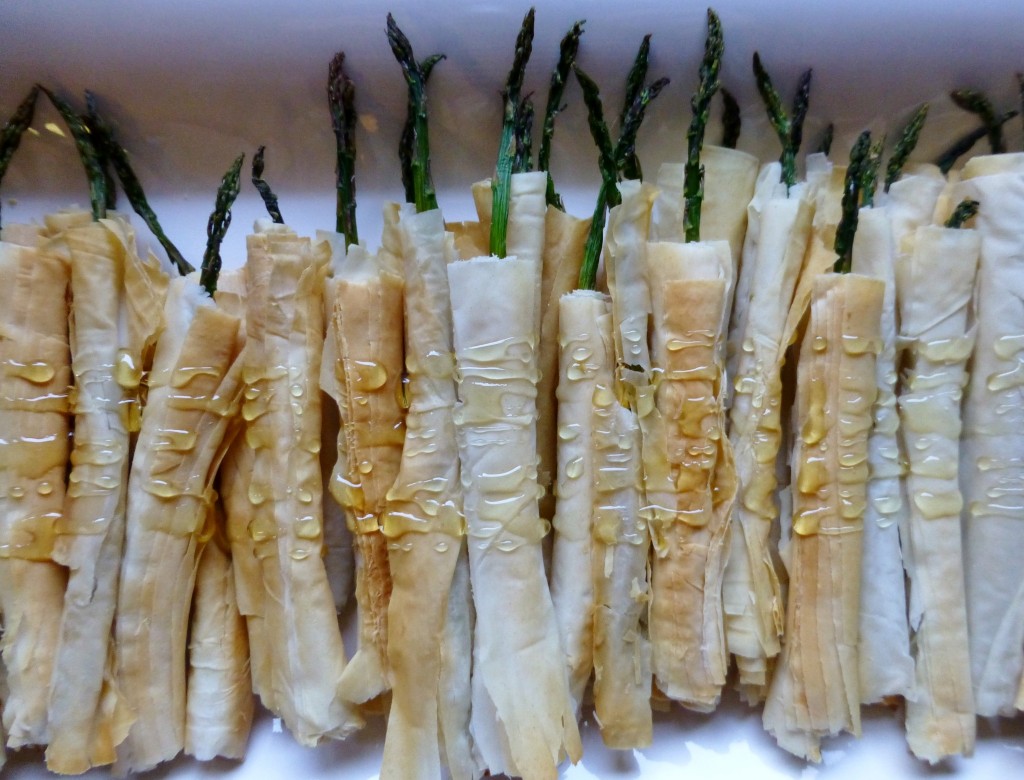 Back in high school, I used to get my hair cut from this guy, Roberto. When I met him the first time, he told me he liked four things: cutting hair, cooking, shooting, and showering outside. I would always steer our conversations towards the first two things, although invariably he’d start talking about how he jerry-rigged a garden hose with a shower head from the Home Depot.

When he found out I had an interest in cooking, he gave me a copy of this crème brûlée book he raved about titled: Crème Brûlée. It’s a good book. But here’s the main reason I’m telling you this story. Roberto gave me two pieces of culinary advice: 1. Sometimes the best culinary discoveries are made when you don’t have everything a recipe calls for and you have to improvise with different ingredients. And 2. Asparagus wrapped in phyllo dough is f-ing fantastic. 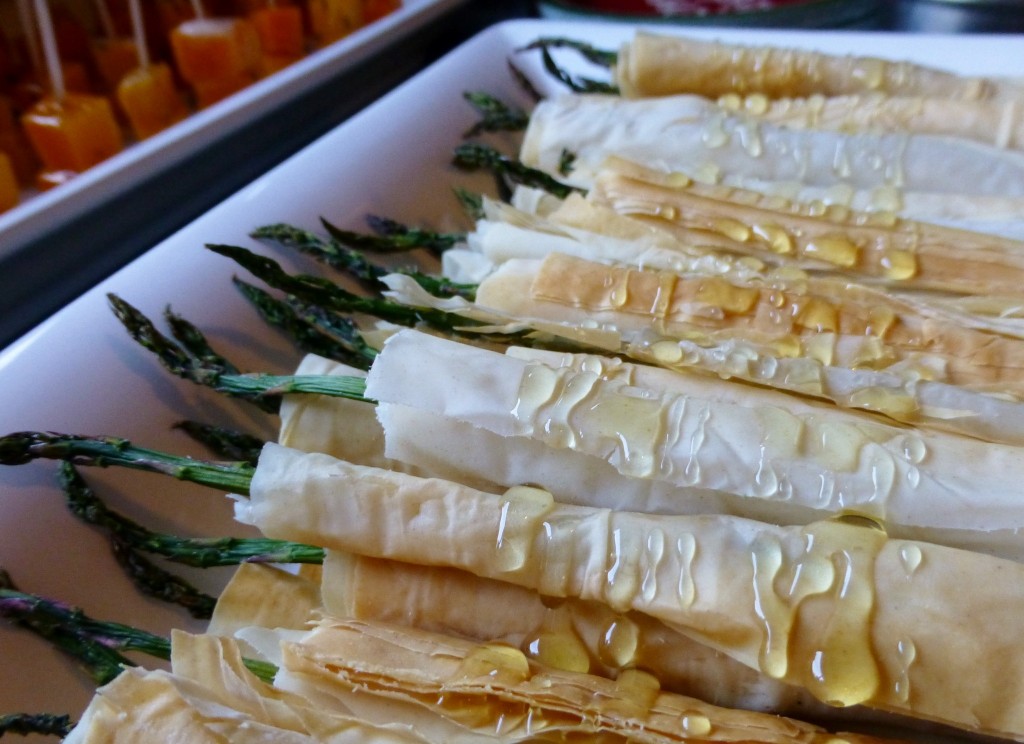 Pulling phyllo dough out of the fridge, is like pulling a fish out of water. You have a very short amount of time, before the dough dries out. And when dried out, the phyllo dough crumbles into pieces and becomes useless. You buy phyllo dough frozen. I thaw mine in the fridge the day before using it. It’s better than thawing it at room temp because then you’re guessing when it’s ready. If it’s been in the fridge a while, you can just take it out and start using it immediately.

1. Preheat the oven to 350˚.
2. Rinse the asparagus and cut about an inch or two off of the ends.
3. Lay out the phyllo dough. Fold over all but the last sheet, like you are reading a book, and brush quickly with the melted butter. I find it easier to work from the back to the front instead of vica versa.
4. When you’ve coated all of one half with butter, do the other half, making sure there’s a layer of butter between each sheet.
5. Cut the dough into rectangles a little shorter than the asparagus and about 4 times as wide.
6. Place the asparagus on one end and roll.
7. Line the asparagus along a parchment-lined baking sheet.
8. Bake for 10-20 minutes, until the phyllo dough is golden brown.
9. Transfer to a serving platter and drizzle with honey.