As kids, one of our favorite treats was cinnamon-sugar toast, which was simply a buttered piece of toast sprinkled with sugar and cinnamon. My sister and I’d usually get to have a slice right before bedtime if our older brother was watching us. It was like getting a Cinnabon at the mall. There’s something magical about cinnamon and sugar together. 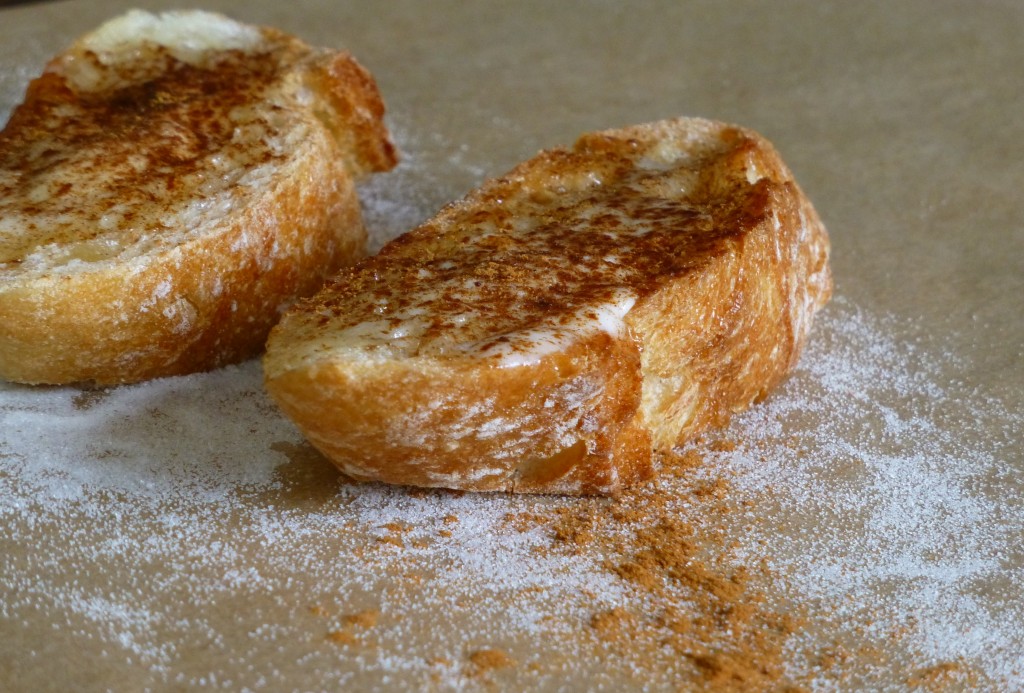 I had sort of forgotten about cinnamon-sugar toast until the other night when I was looking for something sweet to eat in the pantry. I was staring down a bag of rice, a couple boxes of pasta, and some oatmeal, clearly not what I was craving, when I remembered the baguette on the counter. And so the cinnamon-sugar toast renaissance began. I’ve had it for four consecutive nights now, as well as this variation with bittersweet chocolate and sea salt.

The key to a good late night snack is that it’s easy to put together. It’s the end of the night. You’re tired. You don’t want anything complicated. And these recipes are not complicated. They’re basically one step up from making toast. I always hesitate saying something’s easy in case something goes wrong because then I’d feel like a jerk for saying, “It’s so easy, you can’t screw this one up.” But seriously, you shouldn’t have trouble with these recipes. 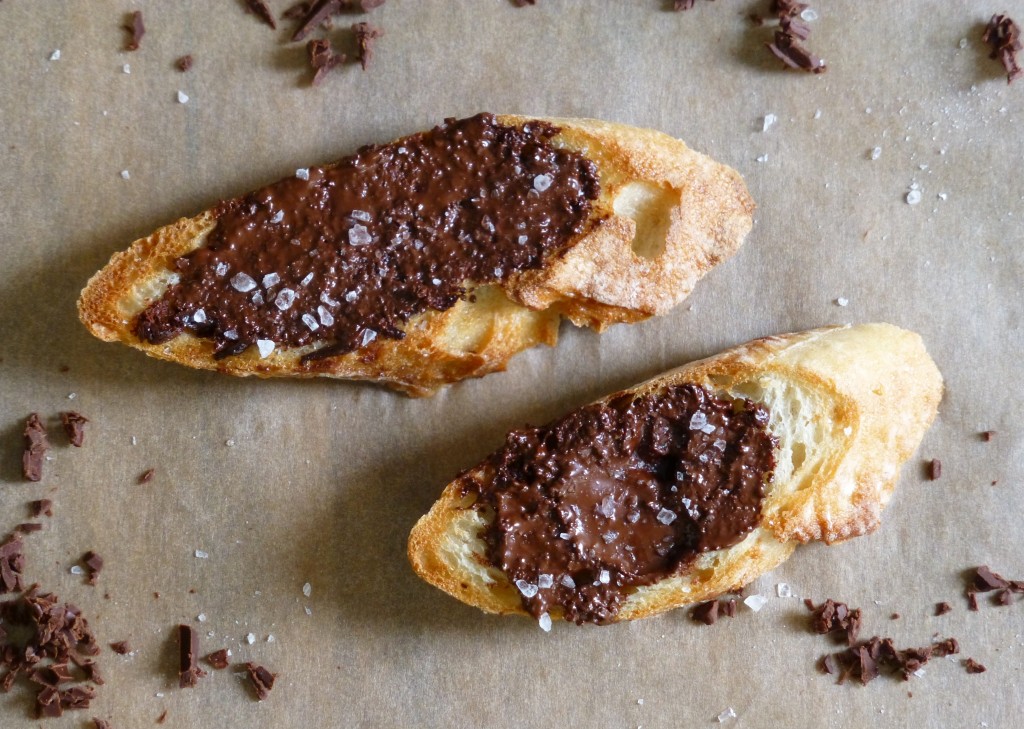 1. Toast bread and butter evenly.
2. Use a spoon to sprinkle with sugar, and then do a few shakes of cinnamon (if you shake the cinnamon from higher above the toast, you’ll get a more even distribution of cinnamon, then if you do it close up).

1. Heat the broiler to High (500-550 degrees).
2. Chop the chocolate into pieces.
3. Line a baking sheet with a small square of parchment and place the bread on top. Sprinkle with the chocolate (try not to get any on the baking sheet or it might burn).
4. Broil for exactly 1 minute, then check. If necessary, rotate and broil for no more than 30 extra seconds. The chocolate might not look like it’s completely melted, but it probably is. Spread it with a knife to smooth out.
5. Grind some sea salt on top.